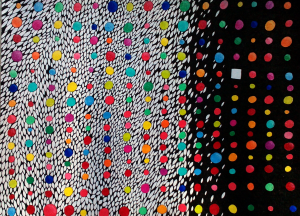 After having so much trouble trying to draw with my Micron pens yesterday, today actually went a whole lot smoother. Last night, I went ahead and did some research on Micron pens and whether other people have had any issues with them. Turns out they have a tendency to get clogged with graphite if used alongside pencils. Apparently the smaller pens (which I haven’t used too much yet, especially the minuscule 005mm version I have) get the worst of it apparently. However, it’s the larger sized pens that were having issues producing a steady stream of ink.

That wasn’t the only issue though; I wasn’t aware that the ends could get worn down. I mean, I guess it makes sense, but it’s not like I’ve used them all that much, right? Well, apparently I have. The ends were quite slanted and so I had to do some doodles for a little while to get the pens exactly how I wanted them. This also seemed to coincidentally clear up the clogging too. Though there was still a lot of graphite here and there on the page (of the project I finished today), making it difficult to actually finish inking that background.

Combining the work I did last night before bed, and the few hours I worked on this today, I put about 7 hours (!) into this drawing just to get it finished up for today’s post. It would be an interesting personal project to try and draw for about 5+ hours straight every day for a week or something, just to see if I could keep it up and not tire myself out. Obviously that would reduce the quality of my work if my arms, fingers, or wrists are tired. Not to mention the mental exhaustion I’m feeling at the moment from from the hours I put in today. But it would be an interesting experiment, to say the least.

I think I’m going to take it easy with the drawing for the next few days. I feel like trying out that 005m pen I have, so perhaps I’ll just post some doodles tomorrow. I’m still looking to get started on some interesting web comic ideas, so that’s still in the works. Over night I thought up a couple fun ideas that I’m pretty sure I’m going to move forward with in the near future. Maybe even get started by the weekend…