It felt a little strange taking an entire years worth of artwork and mashing it all together into a video that takes less than 7 minutes to get through. Each image has it’s own story though, and I guess none of that will ever fully come through with a YouTube slideshow. That being said, I tried really hard to make sure all the images were in their proper order, set to the right music (I tried to convey how I was feeling during the time those images were made), and had fairly interesting swipe cuts to make sure it wasn’t super boring throughout. Which still might be the case in the end! I dunno. Please let me know what you thought of it in the comments.

This video took somewhere around 8 hours to put together from start to finish. I got started on it last night, and finished it this afternoon. It didn’t help that the YouTube video editor is terrible, at least with my current super slow internet connection it was. Or perhaps it’s like that for everyone? Every time I was trying to edit a setting, add a swipe transition, or add or remove an image, the video would automatically start back at the beginning and play! Then I would have to scan through hundreds of images to try and find where I was. I’ve heard the beginning video music so many times at this point! I don’t think it will ever get out of my head.

So, anyways, here we are. Let’s talk about this project, eh? Well, I didn’t miss a single day of creating artwork, writing a post (some longer than others), and sharing it via various social media outlets like Twitter, Instagram, and even Tumblr. That’s a pretty cool accomplishment, I think. I mean, I’m certainly not the busiest person, or have the most responsibilities in the world, but I still had to fully commit to it. My entire schedule for the past 365 days was built around this project. I’m trying hard to make that sound epic, but frankly, I don’t feel like I’m successful quite yet. I haven’t “made it” yet. Don’t get me wrong, I have certainly learned quite a bit in the past year, and that will undoubtedly be valuable going forward, but I don’t feel successful. What I can say though, because of this project, is that I am an artist. There’s no question about that anymore.

I also did an interview for Crystal Moody last year, the person that inspired me to start this project. For most of my life I’ve been able to remember fine details about what I’ve done, or how I’ve felt. Even when years go by it’s been relatively easy to look back at events in my life. I’m starting to think that might be because there hasn’t been any important changes along the way. Not very often, anyways. Years go by and not a whole lot changes, inside or out. When I try to think back to how I started this project, just a year ago (which isn’t really very long ag0), I have trouble remembering exactly what motivated me, or how exactly Crystal inspired me to get started. I remember the facts, like how my cousin Eric got my website hosting set up, and… yeah. Honestly, my mind is blank when it comes to other details. I don’t even remember drawing every single thing I’ve made in the past year. Artwork from the first 100 days, especially. The only conclusion I can make is that it must be because I’m a very different person than I was a year ago. I wonder how long it will take before this entire project is forgotten then, and I’m moving onto even bigger things?

Moving on! I also helped a friend Kathy with her Possibility vs Probability project. What an experience that was! I do remember spending a week panicking while I worked because I didn’t think I could pull it off. Kathy is such an energetic and honest person, I was constantly afraid that she wouldn’t like my ideas! I guess I was unsure of myself because I’ve never really made artwork for people. It was a new experience for me to take complete creative control of someone else’s project, while all I had to go on was a copy of her script that she gave me. I look back at those pictures and I feel they all meshed really well together visually. I found a specific style that I had never done before where I would draw the figures with thick black lines in Photoshop, and then carve away bits and pieces until I had the character I wanted. I did end up pulling it off, and it was awesome.

I started my own official Facebook fan page many months ago now, and although I don’t get many likes these days, I’m really happy with how I’ve managed the page. Facebook always bugs me to “boost” my posts (which costs monies) so more people see them, and though I’ve tried it a couple times previously (and ended up with a bunch of likes as a result) I would prefer to have people find my page more organically. You know, someone shares or comments on a post I made, and then someone sees that and clicks the like button. I know that’s how I find a lot of the pages and people I follow, so I would hope that the same would happen with my page. Perhaps I just need to put up better content that people want to talk about and share!

So speaking of producing better content, what am I planning to do next, you ask? Maybe you’re not asking that, I dunno. Well, I’m going full force with my Patreon page. I see a lot of very successful artists on there, and although they all likely had a built in fan-base ready to throw money at them even before they opened up a Patreon page, I feel that I have the best chance of success working with this website. Certainly better than trying to sell t-shirts and stickers on other online store fronts where they get a huge percentage of the profits, and the person who actually created the artwork gets forgotten. When people own my artwork, I want people to ask, “Where did you get that?” and when they answer it should be something like, “Robert Chapman made that.” rather than, “I bought it from some online store.” You know? So, if you want any of my artwork that’s currently (as of this posting) available on RedBubble or ArtPal, go buy it now because those stores are coming down in the next week or so. I’ll talk more about my printing plans via Patreon and/or Facebook. So make sure to subscribe and follow and all that good stuff.

So, that’s just about going to do it for this 365th post. I feel that anytime anyone wants to relive this year (including myself!), but don’t want to go through hundreds of posts, they can watch the video I made. It certainly doesn’t include every single piece of artwork I’ve done over the past year, but it’s a little buddy to my full Year of Creative Habits project.

To conclude, I absolutely need to say thanks to everyone that supported me along the way in the past year. Financially or otherwise. I don’t imagine that I would of finished this year long project (perhaps out of sheer stubbornness?) if I didn’t received a single like, comment, or share along the way. Thank you so much! Please keep it up. It’s keeping me going and helping me stay accountable. 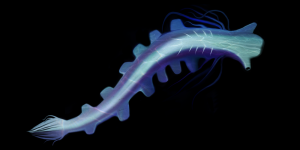 Well, here we are, the end of the road. This is my last “traditional” art post because tomorrow I’m doing something special and it won’t really feel like a regular post at all. Because it’s going to take several hours to put it all together, I’ve already started working on it. I also have a celebratory get together to go to at some point tomorrow and so I won’t have a whole lot of time to do all of the work required in a single day.

END_OF_DOCUMENT_TOKEN_TO_BE_REPLACED 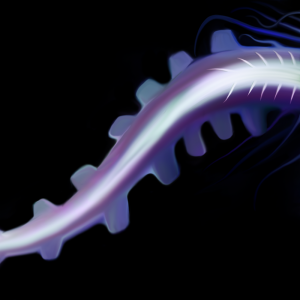 Today I spent some time adding some details to this creature (it’s clearly a creature now, and not just an abstract painting anymore!), cleaning up a lot of the lines so I can define some actual shapes. I think I’m going to add some extra canvas onto the right side so I can give it a head. It will definitely be fish-like when I’m through with it.

END_OF_DOCUMENT_TOKEN_TO_BE_REPLACED 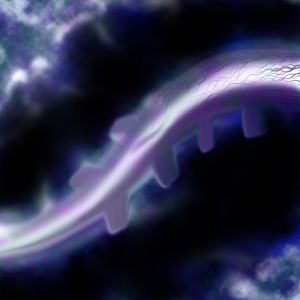 What a strange time I had drawing this one! It took me about two hours before I actually started drawing on the blank page, as I had no idea where I wanted to begin. I actually ended up scrapping what I had two times before starting what you see here. Also, I originally thought that my color scheme was the only thing I knew I was going to use from the start, but what once was all various shades of blue, has now become purple. Though there’s still some blue bits, who knows how long they’ll stick around?

END_OF_DOCUMENT_TOKEN_TO_BE_REPLACED 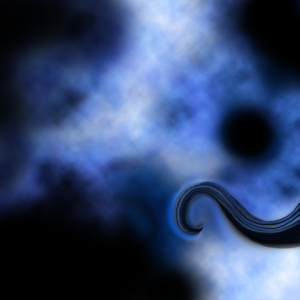 Welcome back! There’s only 4 days remaining before I’ve completed my year long challenge. If the last week, the last month, and the entire year, went by super quick, these last 4 days should be a mere blink before they’re behind me and I’m already deep into some other brand new project.

END_OF_DOCUMENT_TOKEN_TO_BE_REPLACED 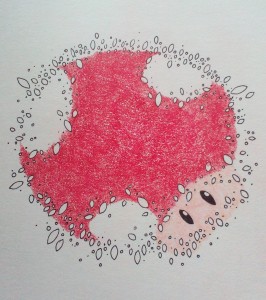 I figured before my 365th day in a row comes around, I should at least spend a day doing some pen and paper drawings. I set up a chair outside and did a little bit of doodling, and for awhile there I wasn’t too sure what this was going to end up as, but then I saw the Super Mario mushroom. I colored it as such.

END_OF_DOCUMENT_TOKEN_TO_BE_REPLACED 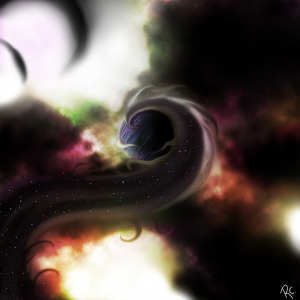 Hello! Today’s picture turned out pretty awesome, but really wacky. Although I’m finding new ways to use the layer styles, tools, and techniques in Photoshop more and more all the time, there’s quite a bit of experimentation when it comes to making a painting like this. I don’t necessarily start out with a set goal right from the start, but rather a few key elements that I want to try and hit. Today, I knew from the start that I wanted something colorful, and something a bit more physical than the one I made just the other day.  END_OF_DOCUMENT_TOKEN_TO_BE_REPLACED